HP and the Chamber of Secrets 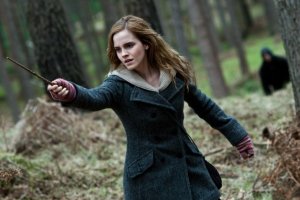 For those of you folks coming late to the party I am reading the HP series based on some voting that took place a bit ago. Finished up book two of the series, and I think the writing has greatly improved from the first one and the structure of the writing has also come a long way. (Everyone needs a good editor)

I enjoy the characters and as I said during a speaking engagement last week characters are what make people fall in love with books. My issue with these characters is Rowling is so wedded to her full school year structure it makes the characters behave like chess pieces from time to time.

Like I have to investigate this thing, but crap we are still having finals. Why would a school have finals omg, let me forget about my friend who is petrified and the mission I was on to figure out what was happening to I can worry about the finals I didn’t think I would be having. Apparently he didn’t learn anything from the muggle world. Nothing. Nothing stops finals.

That being said I did enjoy the read. Mostly because of the character developments that I didn’t get from the half of the movies I had seen. (For the record I watched this movie at circuit city on one of their couches with a bag of chips and a soda, so it has a special place in my heart)

Anywho, next month when I can get my next free book from the kindle lending library I will move on to the next book. So final summary, I haven’t found them frustrating enough to not make good on my end of the deal.