So, there have been a lot of things said to me over the years. Some may have been intended negatively, others were not. But these have stuck with me so I’ll share them with you.

In a group of my writing friends a few years back we were figuring out who would be who in Star Wars.

One of my friends suggested they’d be chewie to my Han. I was happy with this, but then another friend corrected that I would be Darth Vader.

After a bit of discussion I couldn’t really disagree, I’m without emotion, always trying to win, might be a bit evil, but will do the right thing in the end.

And ironically I have a Darth Vader that has sat proudly on my writing desk for 17 years. 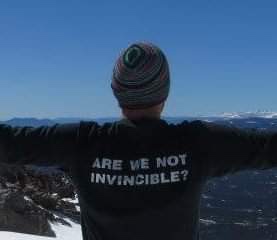 Stay tuned for the next one

Going to say the best line from a movie in 2016. Open to debate.

The AT-AT is a good example of why the Empire was doomed to fail. Someone in their engineering department must have had a thing for slow moving dogs with a back brace. Now don’t get me wrong I love dogs, but attaching lasers to a head of a dog that doesn’t have any spine flexibility and can’t run, doesn’t really scare me.

It is an eight-story, 4 ton machine that has about 15 degrees of threat. If you stand beside, behind, or even under the behemoth you are safe.  Don’t worry it is so tall that you can see it coming a mile away, and it is loud, clunky, and slow. If you see it on the horizon during breakfast, don’t worry about it until lunch.

In a time period equivalent one is taken down by the same concept as a man rushing a Panzer with a sword and coming out on top.

I am baffled why the rebels would fly directly in front of these mechanical disasters, but maybe they wanted to make it interesting. If this was the best the Empire had left they needed to go back to the drawing board. Perhaps not something with more mobility than a senile dog. Better luck next time.

Before I say anything else, I think you should watch this for at least the opening scene. That was by far my favorite part of the whole show. You can turn it off after that, but watch the opening.

I was a huge fan of the movie, and had learned that it was originally pitched as a TV show but had been squelched, so they adapted it for film. So, when I heard Zombieland was going to get its chance on the small screen, I was excited then I was worried. When the pilot came up on my Amazon Prime account this week I decided to see what it was all about.

One of my goals in life is to find someone who has lived under a rock and doesn’t know the plot points of Star Wars and see what they think after watching episodes 1-6 in order, because that would result in a different experience than anyone who watched it in the traditional order. In this case I have seen the Zombieland movie, which I think is a thousand times better than the pilot. So, if you haven’t seen the movie, watch the pilot first and let me know what you think of it.

My biggest issue with the pilot is that it is supposed to be the same four characters as the movie taking place following the events of the film. The film characters were amazing, and their appearance fit the character’s personality perfectly. Woody Harrelson as Tallahassee was one of the greatest characters I’ve ever seen in a movie. The new Tallahassee lacks the crazy factor, and seems more like a functioning simpleton than the zombie slaying, powder keg, that Harrelson portrayed. The new Columbus is almost forgivable, but they went full nerd on him. Jessie Eisenberg made for a convincing nerd who was an extreme introvert, but at the same time he looked like he could lift a calculator. This new one looks far more like a mathlete who isn’t a big supporter of rule #1. Wichita doesn’t have that same look of innocence and trust that Emma Stone brought to the role.  The new Wichita lacks the allure of Stone, and seems more like an only option left desire for Columbus. Little Rock I have no qualms with either way.

Now, if this was the only crime committed I would probably be able to come to terms with the reinvention of characters I loved, but sadly this isn’t where the issues end. Just to avoid frustrating people this is the part where I’m supposed to say Spolier Alert. There is a point in the show when they are searching a house for two suppose survivors that should be inside. Part way through the search Columbus decides to stop searching and use the bathroom, but leaves his shotgun outside. Rule #3 is: beware of bathrooms. You can’t make characters do something uncharacteristic for the sake of the story. Yes many shows do this, but it offends my B.S., M.A., and M.F.A in creative writing, and immediately signals the end of a show for me. I don’t want to ruin more of the pilot for people who will watch it, but this isn’t the only instance of plot defeating character.

The show did have funny parts. Nowhere near as clever as the film in its humor, but there were humorous segments.

Personally if I had been the writer tasked with creating this show, II’d of set if a few years later than the movie when Little Rock is around 18 and have the show revolve around her after being separated from the other three. The audience could forgive the recast much easier for a character that has gone from child to adult. The show could focus on her trying to find her sister, with a new group of survivors. From her time with Columbus, she could now be the carrier of the Rules, and we could have a new cast of characters that we wouldn’t be comparing to the old ones. You don’t have to say how she got separated from the others, or which of the others are still alive to keep the audience in wonder. This could also open up the possibility of the original actors making cameos on the show.

All of the above being said, as long as amazon keeps it free on Prime I may continue to watch the show, but the moment it takes money or effort I am done. I don’t discourage anyone else from watching it, but you’ve now been warned of my gripes. You can find it here: Zombieland Pilot