Be Better Than Leonardo 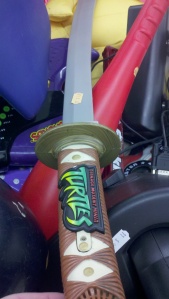 After yesterday’s post, it was brought to my attention that Leonardo could also be a dick, and which is what often led to Raph’s rebellious acts. I had to admit that these comments did have merit. Leonardo was often times a my way or the highway type of leader. You should strive to be better than a dictator if you find yourself in a leadership position. There will be times in the Primal Age where decisions need to be made on the spot, and the lives of those who follow you will be on the line. At those times you better not question yourself and lead to the best of your ability. However taking a my verdict is law on debatable subjects will turn your followers against you over time, and will lead to people like Raph rashly storming off. So, take into account the needs of those who follow you in the Primal Age.

I’m talking Teenage Mutant Ninja Turtles. Raph was awesome, and I’m not saying don’t be awesome. Raph was my favorite, and I’m not saying don’t be my favorite(though there can be only one). However, Raph was a hot headed prick, who often wandered off on his own to pick a fight instead of staying unified with his brothers. He has a ton of redeeming qualities, and that is why I loved him, but in the Primal Age if you are quick tempered and go looking for trouble you will find it. The issue is that the Primal Age isn’t a G rated movie. Odds are when you find that trouble you don’t get a chance for redemption, you get a chance to be dead. Stick with your group, follow your leader, and find strength in unity.